We ran a game jam!

Last week saw the completion of the Hackers at Cambridge Game Gig, an event giving teams of up to four people the chance to make a game in under twelve hours.

Hackers at Cambridge is a university society which aims to create a community of digital creators, running workshops and fostering an environment of tech creativity. Tom, another third year CompSci, and I had discussed the lack of game industry engagement in the university, where there is little encouragement for students considering a career in the industry, or courses providing insight or exposure to the specific skills needed for game development. A university-wide game jam under the Hackers banner seemed like a great opportunity to spark some enthusiasm for gamedev in the student body.

Tom got in touch with Studio Gobo, an amazing games company (with whom I interned last summer) and they were more than happy to help out, providing more support than we could ever have hoped for to get the event off the ground.

With a large work area booked out in the Cambridge Computer Laboratory, the date was set for the end of term. We had just a few weeks to design the branding, promote the event, distribute tickets and launch a website. It was hectic, but with a hand from a few others at HaC, and the help of Dawn from Gobo - who booked catering, brought an excessive amount of snacks, and provided swag - we were just about ready on time.

And suddenly the day was here. We were at the lab from 8 am, moving our food and drink haul to the dedicated snack room, setting up Oculus Rifts and gaming PCs and making some finishing touches to the event website. 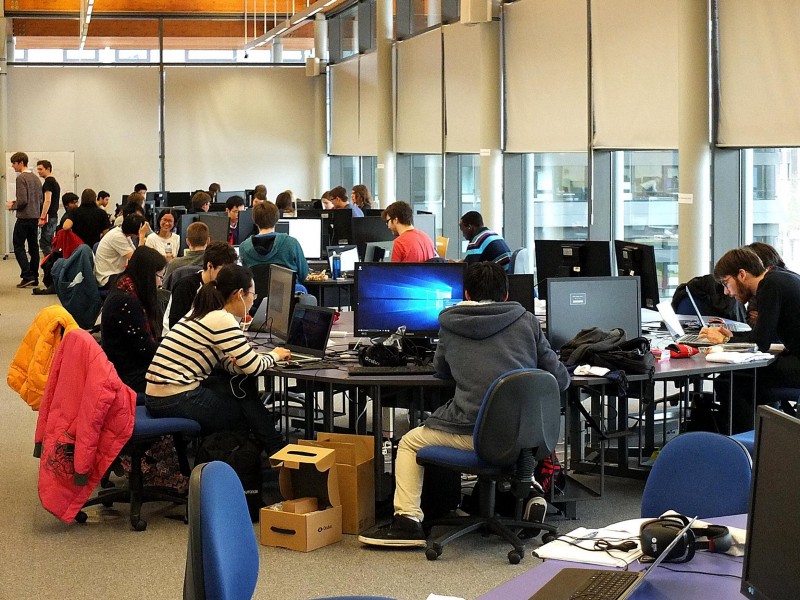 With hackers arriving and t-shirts and stickers handed out, it was time for hacking to start. Six of Studio Gobo’s professionals were on hand to provide assistance to hackers of all abilities, and even ran an impromptu workshop on getting started with Unity. 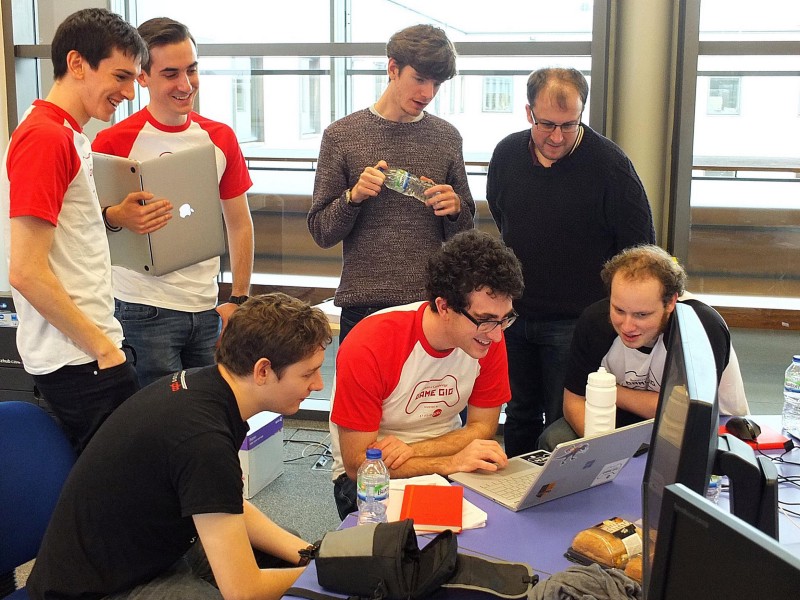 Despite the range of skill-sets and experience, every team managed to produce something fun — or at the very least amusing! As our (JavaScript) countdown timer ran out, all that was left to do was the challenging task of choosing winners. After much deliberation, we brought the hackers into a lecture theatre and gave a few finalists the chance to present their games in front of the whole group. 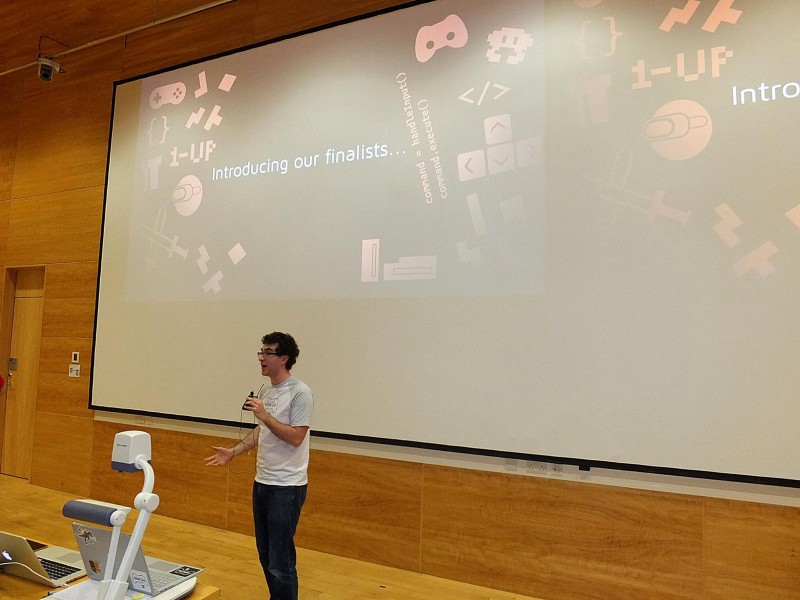 These finalists included Space Space Shoot Revolution, a rhythm-based 2D shoot-em-up; Red and Blue, a simple but ingenious isometric puzzle game; Coin Collect, an explosive tilt-based 3D platformer; and Drill Planet, a finely crafted space adventure which was the overall winner. Deserving of a special mention was Emoji Wizard, a multiplayer emoji fighting “game” with its own emoji scripting language. As reward for their amazingly bizarre creation, this team won the “What Were You Smoking?” bonus prize!

We all had a lot of fun running the Game Gig. The hard work was worth it to hear from participants who told us they would never have had the motivation to get into game-making without an event like this. I hope the 70+ hackers who attended enjoyed creating their games as much as we enjoyed playing the results of their hard work. 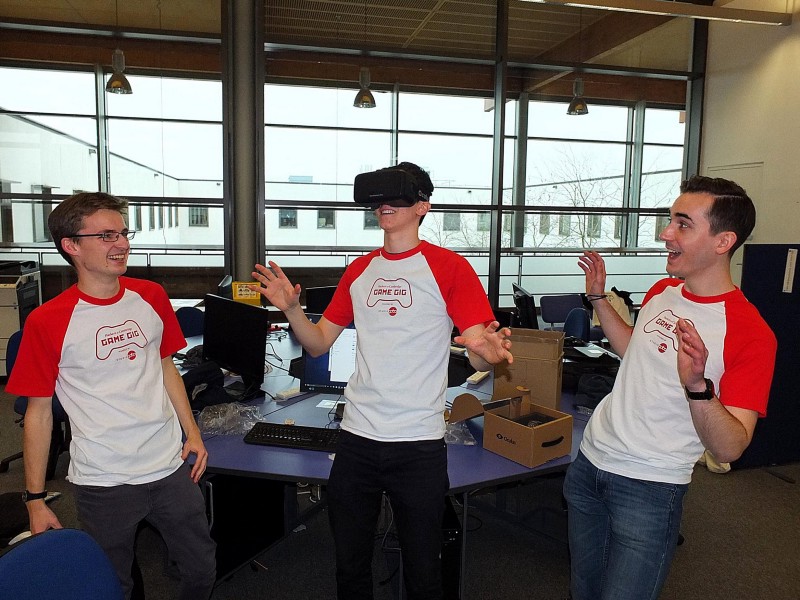 Tom, the HaC team and I would like to once again thank Dawn and everyone at Studio Gobo for all their generosity and assistance which made the event possible. We would also like to give our thanks to Jan Samols, Robert Harle and Andrew Moore at the Computer Lab for their support and their time.

Want to get involved?